SOWW, Special Operations Wounded Warriors, A 501(c)(3) Charity, was formed for the sole purpose of recognizing both active duty and veteran members of our United States Special Operations Forces with charitable outdoor events, family retreats, and focused therapeutic treatments. SOWW recognizes that as the war on terrorism continues, Special Operations Forces will be facing new challenges all too frequently. In fact, we feel there has never been a greater need for Special Operations Forces than right now. Special Operations will continue to be the force of choice, time and time again, as America attempts to protect the homeland, and pursues those that wish to harm her throughout the globe.Special Operations Forces are comprised of nearly 70,000 Army, Navy, Air Force and Marine Corps personnel, including Army Special Forces and Rangers, Navy Small Boat Units and Navy SEALs, Air Force Combat Controllers, and Marine Corps special operations personnel. These specialized teams are being asked to do more, and are working under a broader range of conditions than have ever been asked of them before. These missions are conducted quickly and require frequent and unpredictable deployment schedules, personal hardships, and increase risk of casualties during both operations and training.

As the result of their purpose, and as the result of the fact that these individuals’ missions are often hidden by dark of night, and become untold efforts to protect our country, the need to recognize these individuals will be increasing as well. Especially for those that have suffered pains, injuries, loss of limbs, and other hardships. These Special Operations Forces seldom receive the recognition they deserve, due to the secretive nature of their contributions to our Country.

It is the mission of SOWW, its members, and its volunteers to provide unique outdoor experiences to the deserving men and women of our U.S. Special Operations Forces that have sustained wounds in battle and or in significant service to our Country. Our distinct purpose is to recognize their sacrifices, aid in their rehabilitation by mending the strains of their many sacrifices, and to provide strength and comfort, all with our sincerest expressions of gratitude. 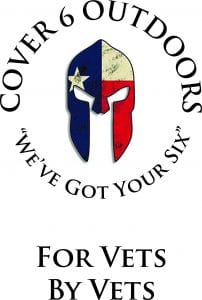 Cover 6 Outdoors strives to instill a sense of honor, hope and pride by reintroducing Veterans to the elusive camaraderie and brotherhood that is hard to find once we have left the military and by embracing the morals and virtues that we value as veteran or current service members. As Veterans and Combat Veterans, our staff here at Cover 6 Outdoors understand that being around your combat blood brothers can prove to be life changing and life saving and as such we also strive to provide a safe, comforting environment for all veterans and their spouses and dependents.

Cover 6 Outdoors provides these activities free of charge to Veterans and their dependents in order to give them a chance to break free from the stress and anxiety caused by PTSD, TBI, marital issues and numerous other life challenges that come with reintegration. By doing so, each Veteran Community member that attends an event has the opportunity to meet, interact, and connect with like minded Veterans. At Cover 6 Outdoors we revere and protect the coveted brotherhood that so many have raised their right hand that is required to be forever inducted. Additionally, we will do everything in our power to guide the Veteran and their families in the proper direction to obtain any resources that they so rightfully have earned and deserve. 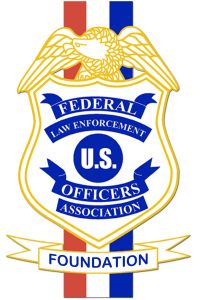 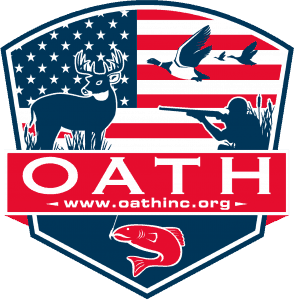 OATH exists to support our nation’s veterans. Through our 14 State Chapters and over 200 Registered Veterans, we are using our various programs and efforts to daily improve the quality of life for our heroes. While a great portion of our efforts and resources focus on getting our veterans outdoors via a hunting or fishing trip for some much needed outdoors therapy, we realize that we need to do more than just these trips to adequately support these heroes. Our Battle Buddy Program exists to pair a Gold Star kiddo with a member of his or her fallen parent’s unit from combat, and we take them on a trip that will not soon be forgotten. Our Foxhole Program centers around our older veterans that reside in nursing homes and other assisted living facilities, and we work closely with these facilities to take these veterans out for fun filled days of fishing, or casual boat riding or BBQ’ing or whatever it is that they wish to do. Our Leash Up Program sees us pair some wonderful dogs with our OATH Registered Veterans for some much needed support as they face sleepless nights, PTSD and / or TBI, or issues with social anxiety. Our Warrior Wives Program allows us to take the wives of our Veterans on retreats to show them that they are not only appreciated for their constant support, but also vital in the lives of their veteran. Everyday, OATH is adding new and exciting ways to support the entire family unit of these Heroes, and we would be honored and blessed to have your support ! 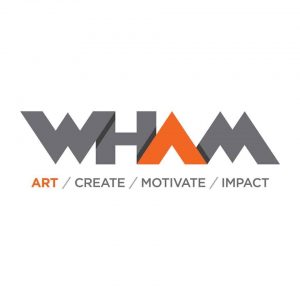 WHAM Art Association (WHAM) is a community oriented 501 (c) 3 organization that is bringing the ARTS to people of all ages, race, abilities, and economic status in many of the West Valley Cities. WHAM’s mission is to provide innovative, multidisciplinary, arts-inclusive programming, exhibits, and projects to the diverse communities we serve. As an organization, we are interested in enhancing economic development and artistic collaboration for our members, the community, and other organizations.

One of our successful programs is called “Art: A Path to Healing”, in our 3rd year, which provides Veterans with PTSD and TBI a professional art class and a lunch once a month. We currently have 30 veterans enrolled that mainly attend our WHAM art center in Surprise. We are growing the program teaching in the Old Town Peoria Community Center to reach veterans in Peoria. All the art instructors are professional WHAM art members who volunteer their time. We are funded by individuals, a couple small grants and some funds from the Arizona Art Alliance who is an umbrella of veteran art programs for the greater Phoenix area. In the fall of 2017 we will extend our Art: A Path to Healing to First Responders recognizing the growing mental health problems of prolonged stress and danger in police and fireman. 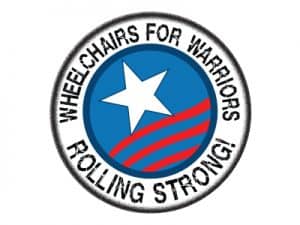 A non-profit providing one of kind wheelchairs for injured veterans and law enforcement that can be operated by eyes, breath, mouth, chin, head, or even a finger. Whatever limitations are present, we accommodate in detail (i.e. sip and puff, chin, head, finger, foot, shoulder, whatever is their ability we will use it to create their mobility and independence at the highest level possible.) 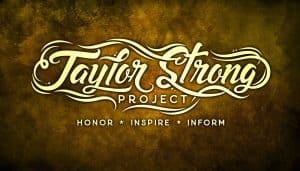 THE TAYLOR STRONG PROJECT
The Taylor Strong Project is designed to give back to the Veteran and First Responder Community through donation, financial assistance, and special events. But most importantly, The Taylor Strong Project’s focus is on educating the millennial generation on the history and values that America was built.

As a “non-political” project, we want the next generation (Millennials) to learn what they may not have been taught nor given the opportunity to learn.

We support the Veteran First Responder community, teaching respect for those that protect our people and our freedoms. We were surprised to learn that there was hardly anything like this out there for our Patriotic Youth, and want this generation to understand it’s okay to love America and the traditions and history that formed the greatest country in the world. 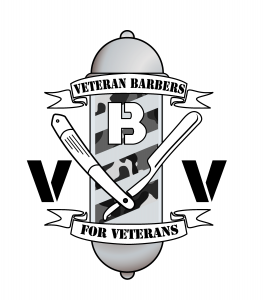 Veteran Barbers for Veterans, a 501c3 Veteran Nonprofit in Missouri. Put together by Veterans, for Veterans who’s mission is to use simple, not complex, methods of support to combat Veteran Unemployment, Homelessness, and Suicide through the Brotherhood of Barbering and Barber Education. All while continuing to approach our jobs as former military service members to uphold the highest level of passion and respect to our profession and our community.

VBV’s primary function is to offer free haircuts and hot towel shaves to our Great Nations Veterans but we are also working directly with a Barber Academy that excepts GI Bill/Voc Rehab to help transitioning active duty and Veterans looking for a great career path and great brotherhood. The VBV will also be utilizing a mobile barber trailer to take across the Nation to go to all the Veteran Homes, VA Nursing homes, Charity Events, and other venues that we can from the donations and sponsorships received to reach our brothers and sister’s that may not be able to get out to a barber shop. 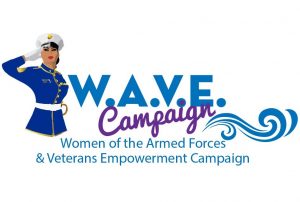 Trauma-to-Triumph was founded in 2012 by Keli Chevalier, an Iraq war Veteran who suffered spinal cord injury.  After 19 years in US Army, Keli found herself lost trying to manage the symptoms of combat-related Post Traumatic Stress Disorder and sexual assault while serving in the military.  In order to cope, Keli founded Trauma-to-Triumph to create a program that addresses the unique needs of women veterans.  She started the nonprofit organization to heal herself and other women veterans. Trauma-to-Triumph is now operating under the name “The W.A.V.E. Campaign”.  The name stands for Women of the Armed Forces and Veterans Empowerment Campaign.  Women Veterans are the fasted growing homeless population in our Country.  Over 20% of homeless Women Veterans have sole custody of their minor children. Women Veterans are 2.5 times more likely to commit suicide and higher rates of unemployment than non-Veteran women. The W.A.V.E. Campaign provides direct, comprehensive services to women veterans that include housing services, career training, mental health counseling and social/camaraderie supportive services. The mission of the organization is to serve and empower women veterans to rebuild their lives after military service. Our vision is to end poverty, homelessness and suicide among women veterans.

The W.A.V.E. Campaign strives to increase public awareness of the issues facing women veterans. Under the public awareness campaign, the Agency has created four one-page “Did You Know?” Fact Sheets. The Educational Campaign provides information about Suicide, Homelessness, Unemployment and Mental Health in the female veteran population. The staff of the W.A.V.E. Campaign conducts public speaking engagements to provide first-hand account of how women veterans have and will overcome these challenges. Our message is to “Stand in the Gap” and “Support our Sisters (SOS)”. Women Veteran have stood on the front lines and made enormous sacrifices. It’s our time to give back and support the brave women who served our Country.

The Veterans of Foreign Wars of the United States is a nonprofit veterans service organization comprised of eligible veterans and military service members from the active, guard and reserve forces.

We trace our roots back to 1899 when veterans of the Spanish-American War (1898) and the Philippine Insurrection (1899-1902) founded local organizations to secure rights and benefits for their service. Many arrived home wounded or sick. There was no medical care or veterans’ pension for them, and they were left to care for themselves.

In their misery, some of these veterans banded together and formed organizations that would eventually band together and become known as the Veterans of Foreign Wars of the United States. After chapters were formed in Ohio, Colorado and Pennsylvania, the movement quickly gained momentum. Today, membership stands at more than 1.6 million members of the VFW and its Auxiliary.